US Men Unable To Solve Semifinal Riddle, Fall To Poland

US Men Unable To Solve Semifinal Riddle, Fall To Poland

Join PRO Now to Get Unlimited Access to FloVolleyball! Suffice it to say, the U.S. men struggle in semifinals.

Just two months ago, Team USA lost to France in the semis of the inaugural Volleyball Nations League. In the 2017 season, the Americans fell to Brazil in the World League semifinals. Of course, no one can forget the 2016 Olympics where the USA lost a heartbreaking five-set semifinal to Italy. In 2015, it was Serbia winning in five sets to send the USA to the bronze-medal match.

The last time the U.S. men advanced with a win a semifinal match in a major international tournament was at the 2014 World League competition, where they swept Iran in the semis and beat Brazil in the final to walk away with gold.

The first set of Saturdayâ€™s second semifinal saw Poland go up by as many as nine points as the Europeans served and blocked well and the Americans made error after error. The U.S. men managed to close the gap somewhat toward the end of the set, which helped them take hold of some momentum and win the second set and then the third.

Undeterred, Poland recovered to win the fourth and exploded out of the gates in the fifth, going up 6-1 and preventing the Americans from ever getting closer than two points away.

In the first semifinal of the night, Brazil left no doubt in its 25-22, 25-21, 25-22 defeat of Serbia. Showcasing a deep talent pool by switching back and forth between liberos Thales Hoss and Maique Reis Nascimento and between setters Bruno Mossa Rezende and William Arjona, Brazil out-blocked Serbia nine to five and out-attacked the Europeans 44 to 38.

The balanced Brazil offense saw top-producer Douglas Souza tally 11 points, but all five Brazilian attackers had at least eight points by the end of the night.

â€œWe give credit to Brazil: they were the best in all skills and punished us for every little mistake we made,â€ Serbia head coach Nikola Grbic said. â€œBut I cannot blame my team either: I believe they did good -- even if they could have done a little better.â€

With the win, Brazil advances to its fifth-consecutive World Championship gold-medal match. The final is as a rematch of the 2014 World Championship final in which Poland defeated Brazi l in four sets. Brazil won the title in 2002, 2006, and 2010.

The U.S. will face Serbia in the bronze-medal match. The USA and Serbia have played each other twice already this year, with the Americans winning both meetings. Over the last four years, the USA leads the head-to-head series 7-3. 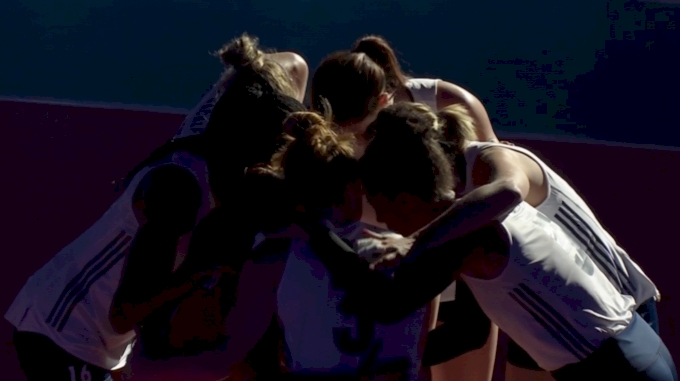 Megan Courtney tore her ACL more than a year ago, and sheâ€™s not yet back to 100 percent. Contrary to how it might sound, thatâ€™s actually a good thing.

Four years ago, the USA won the FIVB Womenâ€™s World Championship, marking the first time the U.S. women won a gold medal at any of the three major international volleyball events (World Champs, World Cup, and the Olympics). Fans of the U.S. menâ€™s national team couldnâ€™t ask for a better performance so far in the 2018 FIVB Menâ€™s World Championship. Wisconsin head coach Kelly Sheffield is preparing for one of the toughest weeks of Big Ten play. On Wednesday, the Badgers face No. 6 Minnesota and then take on No. 16 Purdue on Saturday.

Week one in the Big Ten did not disappoint.

The U.S. men played so flawlessly in the second round of pool play at the FIVB Menâ€™s World Championship that they earned a spot in the Final Six with a match left to play. Then, utilizing a second-string lineup, Team USA swept Iran, maintaining an unblemished record. The U.S. Women's National Team has announced its 14-player roster for the upcoming FIVB World Championship to be held Sept. 29-Oct. 20 in Japan. Last week, many of the top high school teams in the country gathered in Las Vegas to compete in the Durango Fall Classic. Just six days later, some of those same teams will be joined by other elite high school volleyball programs in Phoenix, Ariz., for the Nike Tournament of Champions.

Michigan State head coach Cathy George knows what to expect across the net when she and her team face Iowa in the Big Ten opener on Friday: Dominant play from pin hitters Taylor Louis, Cali Hoye, and Reghan Coyle, and skillful, smart setting from sophomore setter Brie Orr.